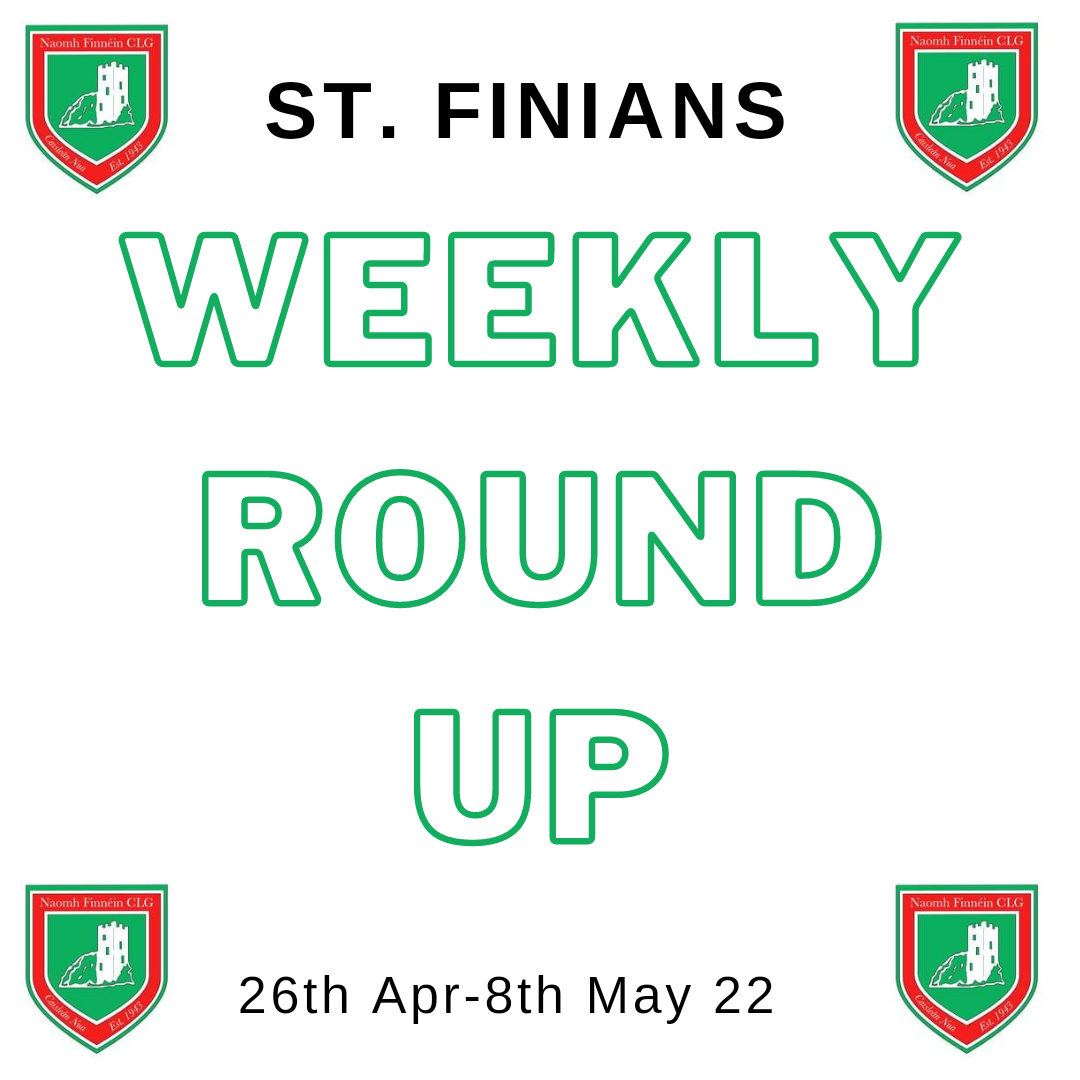 Published: about 2 months ago

2 weeks after their defeat in the Feile Final to the same opposition, Finians U15 girls had a well deserved win over Kilmacud Crokes C in their Div 8 encounter in Stillorgan.
Finians started the game strongly and powered their way to a commanding lead at half time, 3-7 to 0-0. Finians were in total command in the middle third of the field, restricting Crokes to very few attacks, and setting up Finians forwards for some excellent scores.
Crokes came into the game in the second half, and out scored Finians 3-2 to 0-4 in this period. However, the result was never in doubt and the girls remain unbeaten in Div 8.

The U9’s boys all played fantastically fielding 2 teams against a strong Geraldine Morans side. They each played 2 matches showing great skill in passing, soloing and teamwork.
St Finian's boys put in a great performance scoring goals and points throughout. Super effort on the night from the boys. 💚❤️“

On Saturday we welcomed St Mary's U10 Boys to Aylmer Road. With our squad growing in size, we agreed to play two matches concurrently. This ensured everyone got a full match and was able to have more time on the ball in those matches.
This worked out extremely well as a lot of our players had their best performances in a St Finian's shirt. We also had 3 boys lining out in the club colours for the first time ever, although you'd never guess.
The effort the boys are putting in during training is definitely showing on match days as the skills and understanding of the game is progressing all the time. Of particular note is how the lads implemented set pieces we've been practicing recently.
A fantastic performance from all of the players. Also, a big thank you to the parents for their continued support for the team.

The under 10girls played against Star of Erin away. 2 teams for Finians played really well, coming out on top in 4 matches.

The ladies slipped to their first defeat of the season on a tough night at home to a very strong Man O War side.

A sprightly Man O War full forward took a lot of stopping - but on a night where not much went right for the home side, we still had our moments in front of the posts, with Jean Brennan helping herself to four points while Tara Roche and Kacey Galvin did their best to rearrange the deckchairs at the back.

One of those days, and one which we put behind us quickly in our very next fixture...

The Ladies got right back on the horse in fine style in Blanchardstown this week, and helped themselves to a pleasing clean sheet at the back - despite being short a few squad regulars.

Gemma Kilduff dropped back into midfield but still found her way to goal with ease, ending her day with 2-3 beside her name.

Our other goals on the day came from Jean Brennan - along with five points - and the raiding Saoirse O'Neill, who seems to be taking to her new wingback slot like a duck to water.

Aoife Cafferty has her feet well under the table in the St Finian's midfield, and she produced her finest display yet in the red and green.

At the back, goalkeeper Mairead Murphy kept all in check in front of our goal and found her mark time after time from the kickout.

Nurse Kathleen O'Connor rushed straight from the ward to the edge of the square, and was a safe pair of hands in both spots, while Catherine Scott slipped into the No4 jersey with ease.

Up front, the full forward line of Ciara Fitzgerald, Abbie Nulty-Haughan and Louisa Fallon all troubled the scoreboard while Carrie Begley and Sienna Flynn wore out the sidelines from their wing-forward positions.

All in all, an excellent team performance and a fitting tonic to the trials and tribulations of the previous week.

Get well soon to Sara Phelan and Samantha O'Keeffe who were both in the wars.

The girls have a rare Wednesday evening off on May 11, meaning their overwhelming enthusiastic requests for a fun night of Bronco runs on the training pitch could well be accepted.

It was great to see a big turnout to support this team on a lovely Thursday evening, the bigger crowd contributed to a great atmosphere and they were treated to a really exciting football game with plenty of scores for both teams in both half’s.

There was a minutes silence for Donal Gleeson who sadly passed away on 2nd May. Donal played with Finians from U10 all the way up to adult.
Suaimhneas síoraí dá anam

The management had highlighted this game as a potential banana skin for this team during the week and again last night on match day and they were proved right. Finian’s got of to a great start scoring some well worked team points but Crumlin then got into their stride with their big full forward causing trouble and Finian’s found it hard to cover him off also and more importantly closing off the space that was created by good well drilled runs from the opposition. The first half to and froed for both teams but Crumlin came out on top as Finians had not warmed to the game in relation to intensity or application and this was the primary talking point at half time. Crumlin came in at half time leading 00-13 to 00-09

There were a couple of positional switches and some of the lads on the bench were introduced at half time and during the second half. The turnout as we have commented on before was great with 25 players between players togged out and injured guys at the game, this was brilliant to see and a credit to this bunch of guys. Over the space of a year it takes a full panel and everyone is important and will have their part to play.

The second half was much better with more bite and determination in the Finian’s performance. The Finian’s defence woke up and started covering the spaces much better and worked calmly as a unit and started numerous attacks in this half. Another positive point was the amount of turnovers we had solely down to a determination and steely “never give up” approach where we got in around the Crumlin attackers and frustrated them into coughing up possession. This is the template for future match’s but we must produce it for the full game not just one half.

In attack we also started to function better working some great scores but a point to note is that we also missed some sitters that should have been converted and we also took the wrong option on a number of occasions but overall the attack was a joy to watch in this half. Our method or plan is to look at each half as separate match’s and analyse how we done in both halves and we were delighted with this second half that Finian’s won 02-09 to 01-03 leaving Finian’s victorious again on a score line of 02-18 to 01-16

Next match Monday night the 9th of May at 19:15 against Kilmacud Crokes in Silver Park 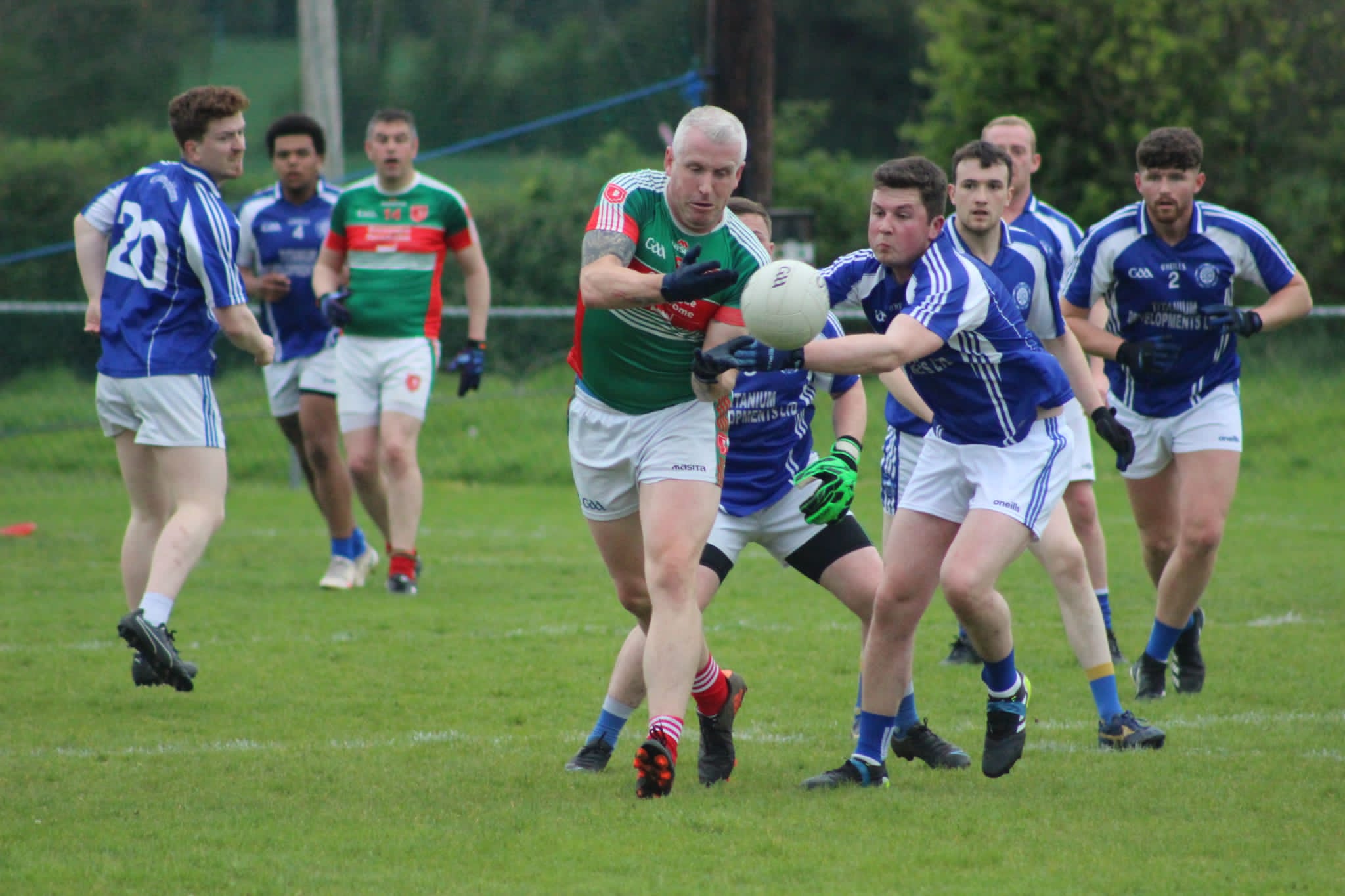 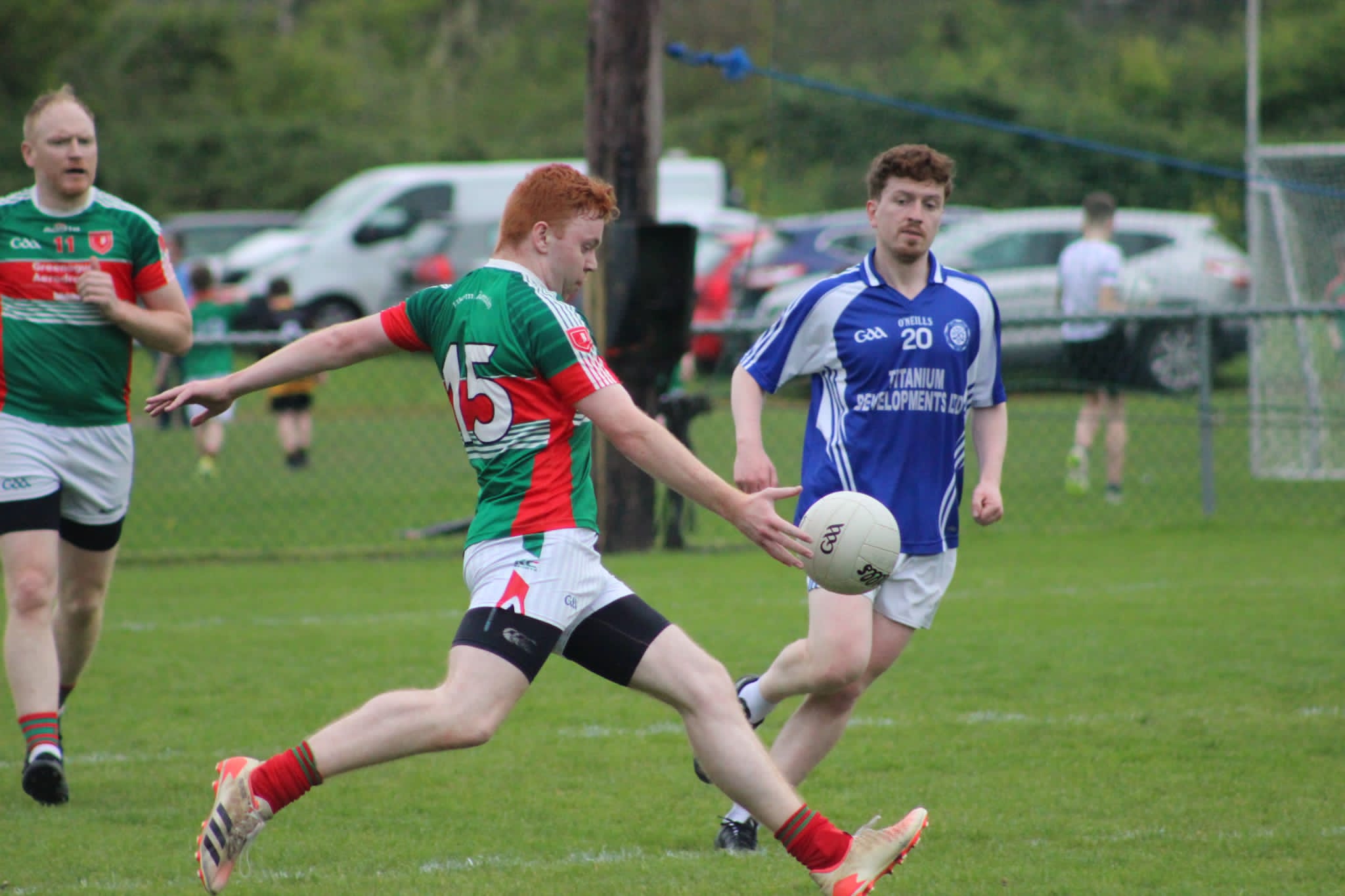 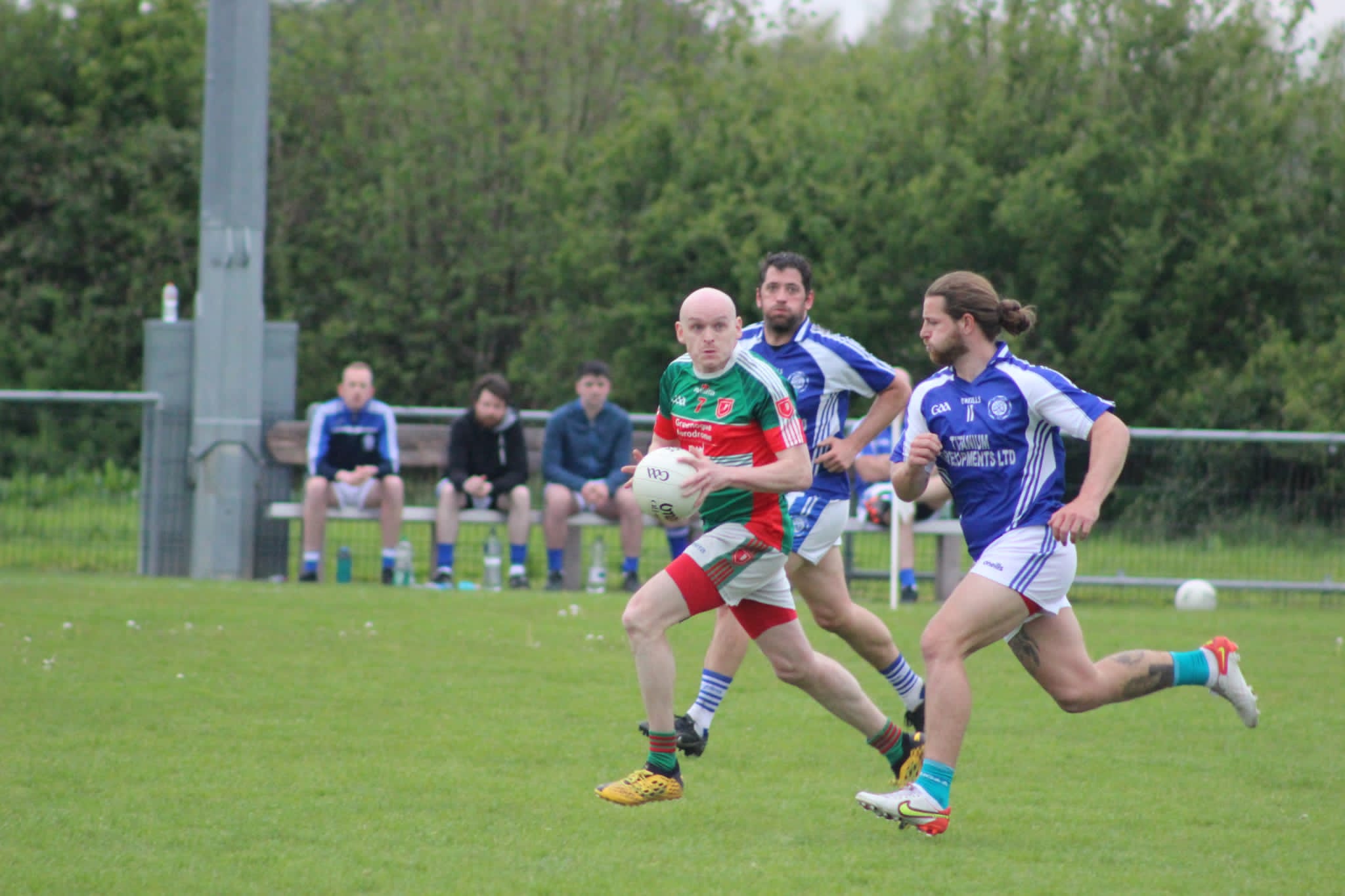 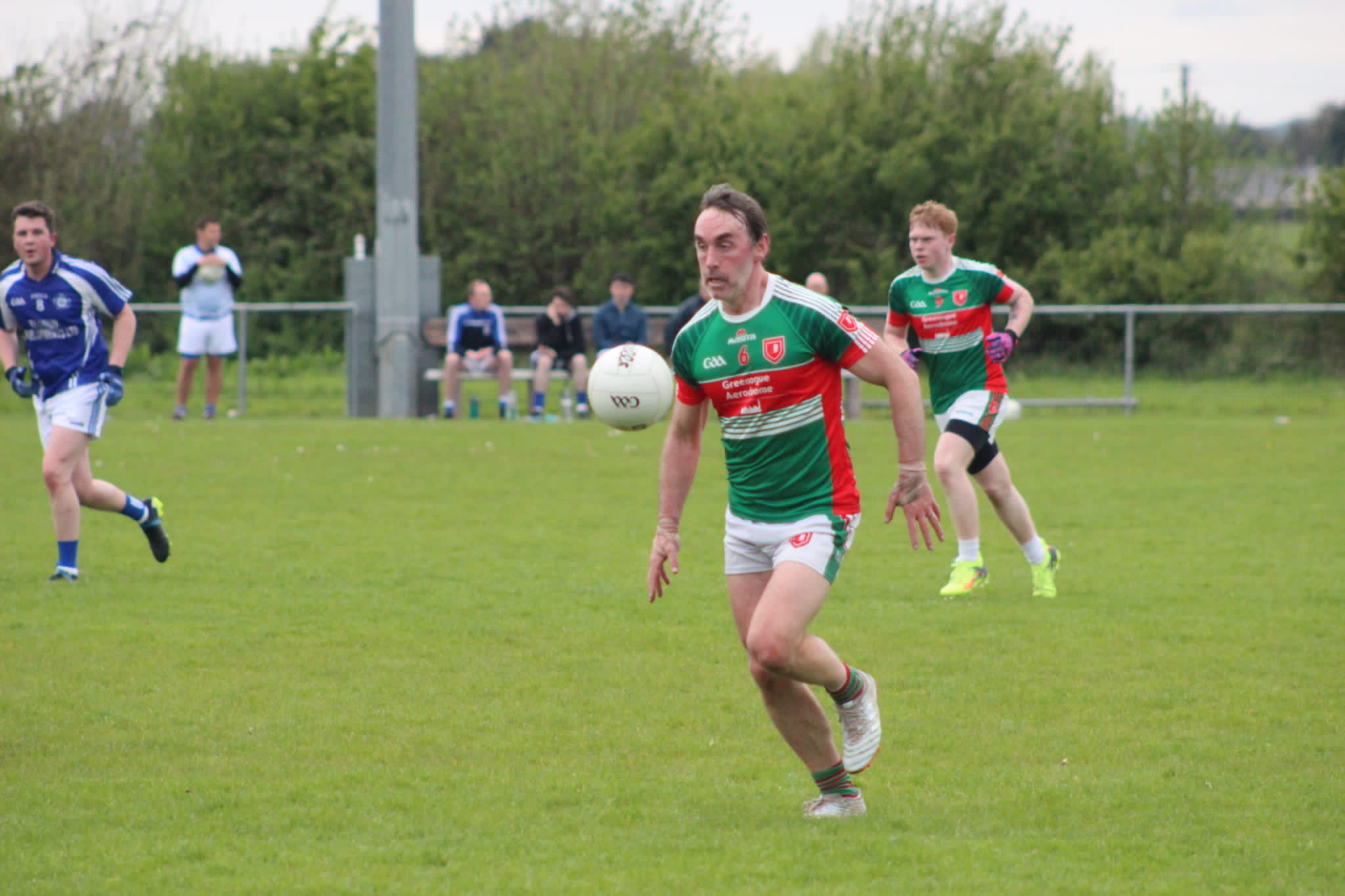 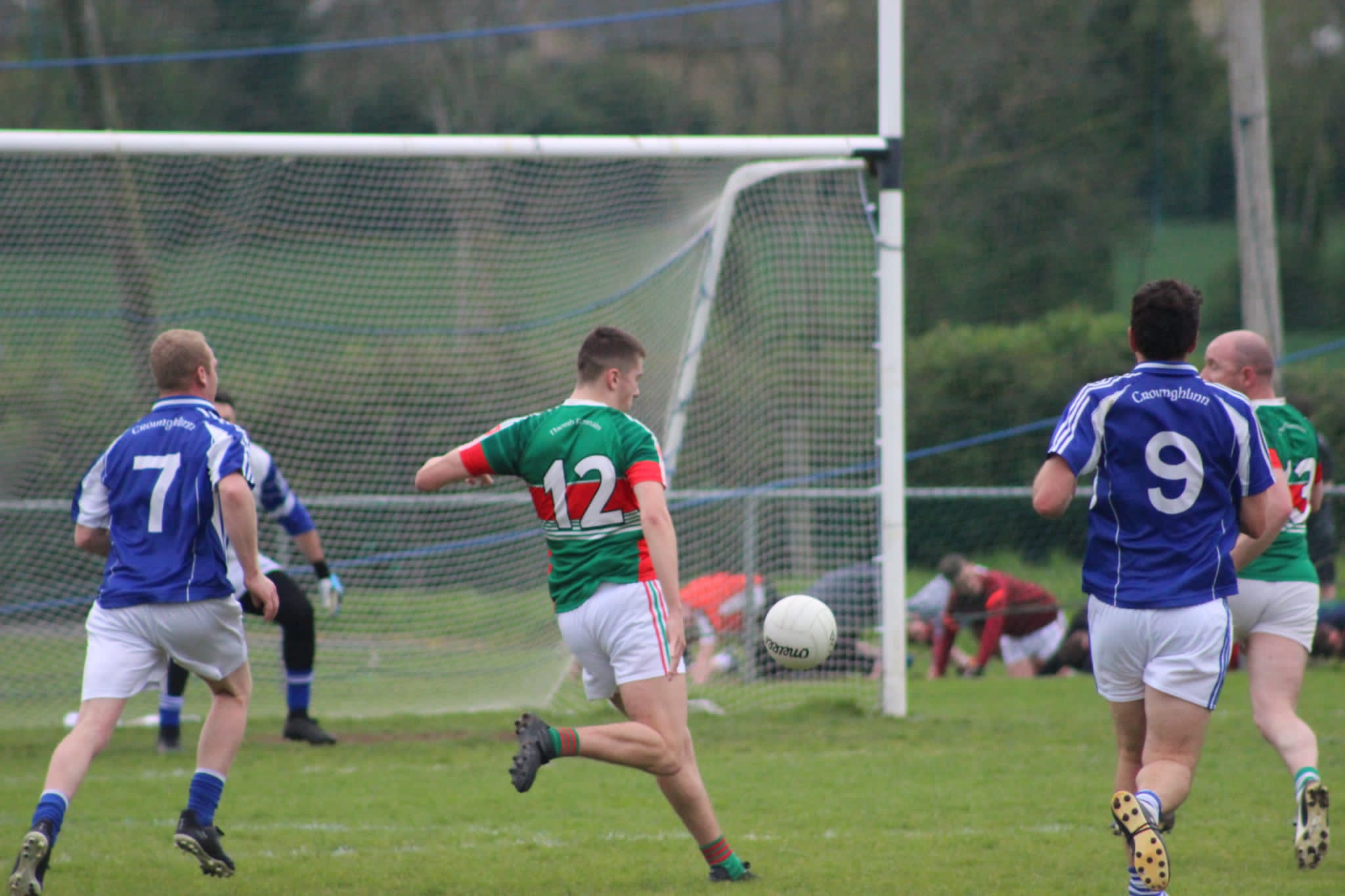 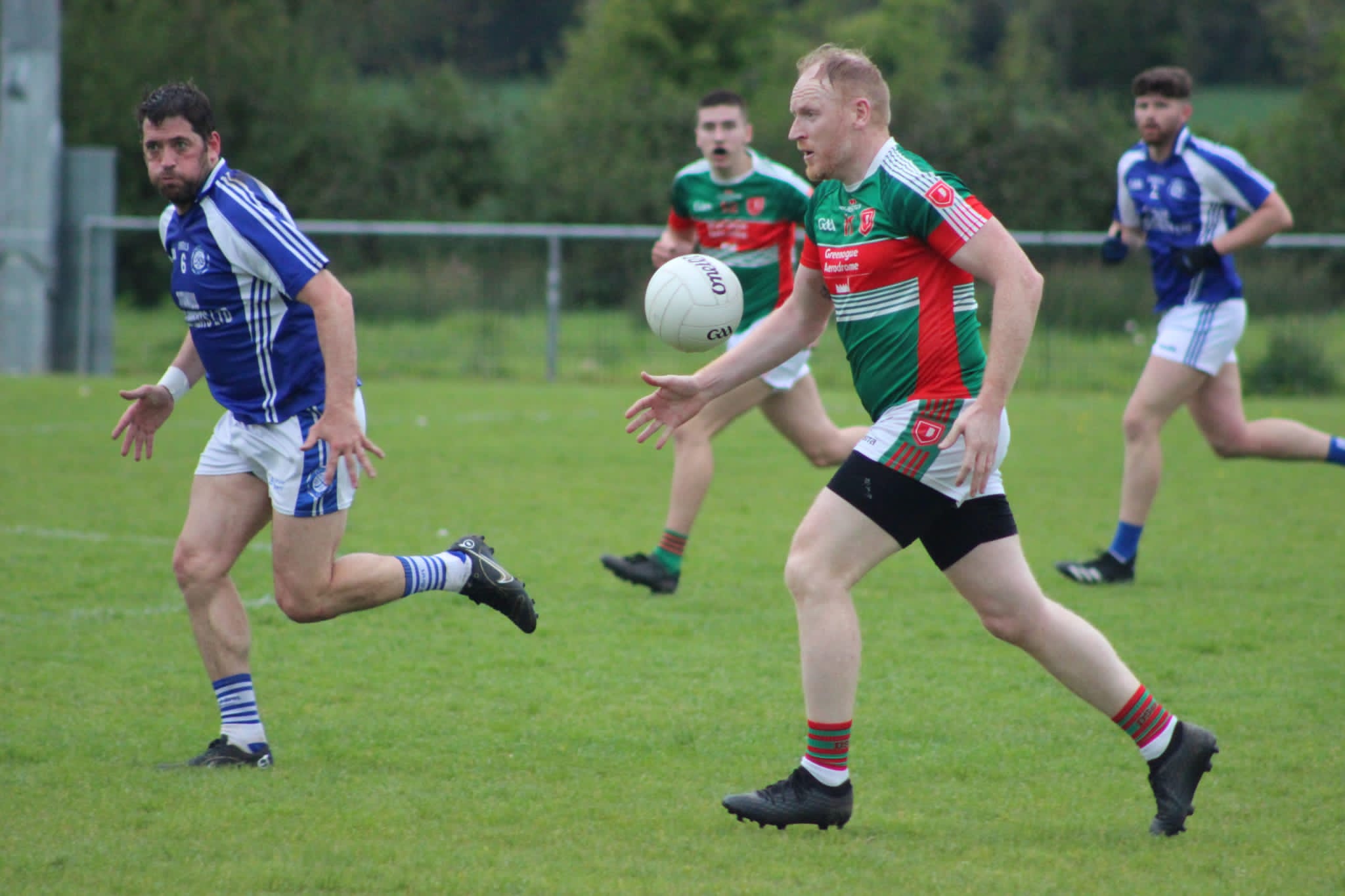 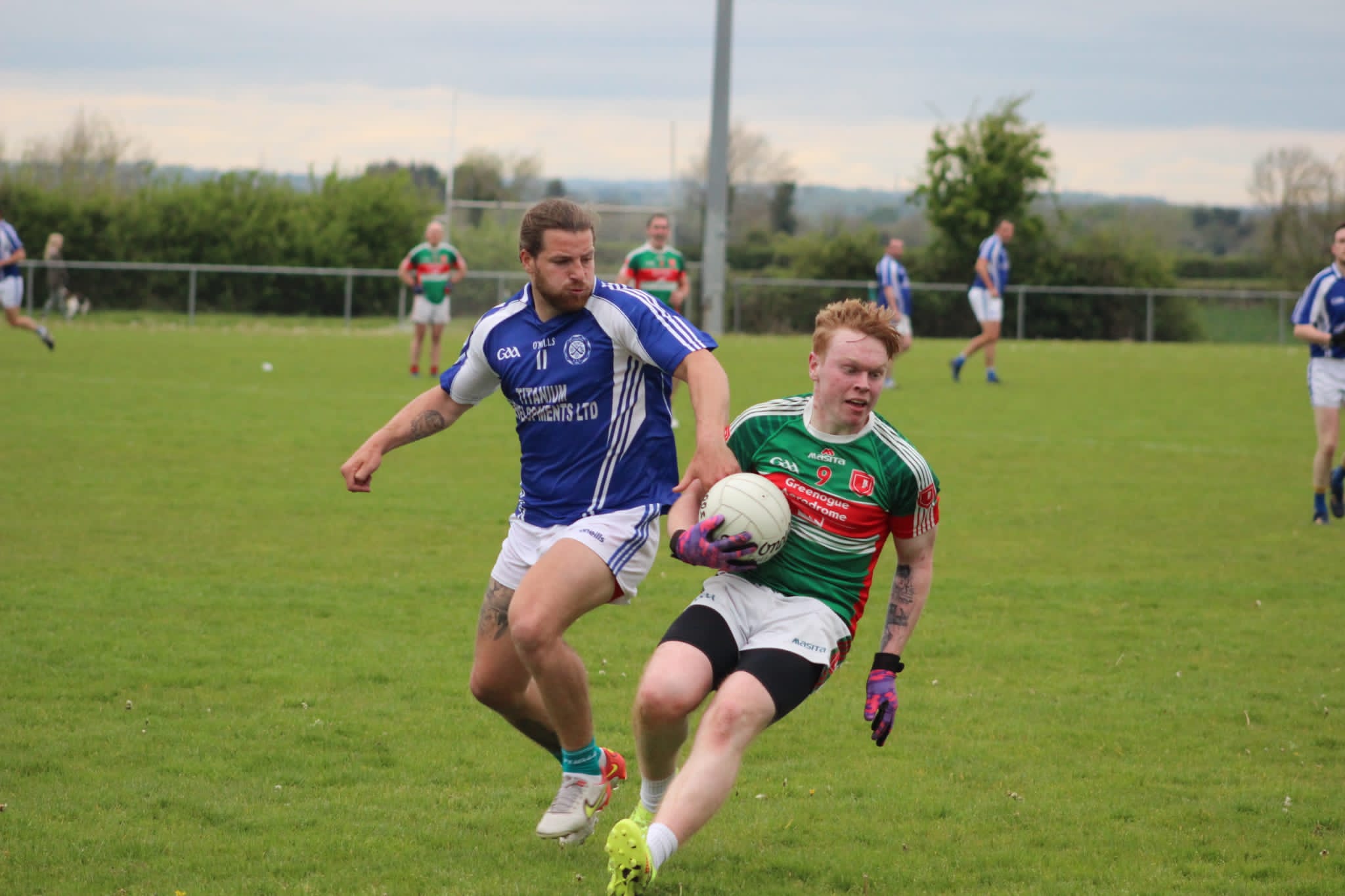 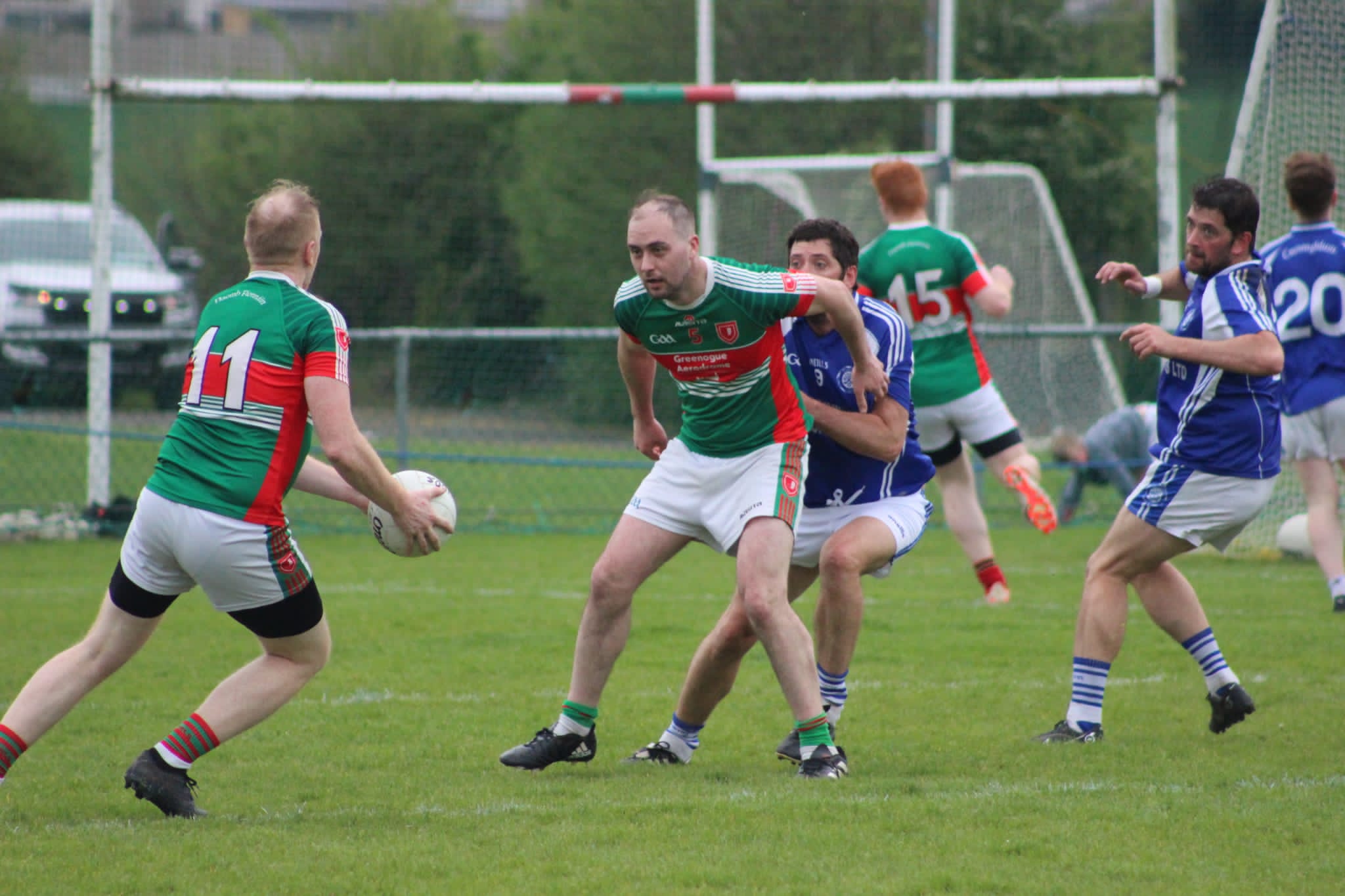 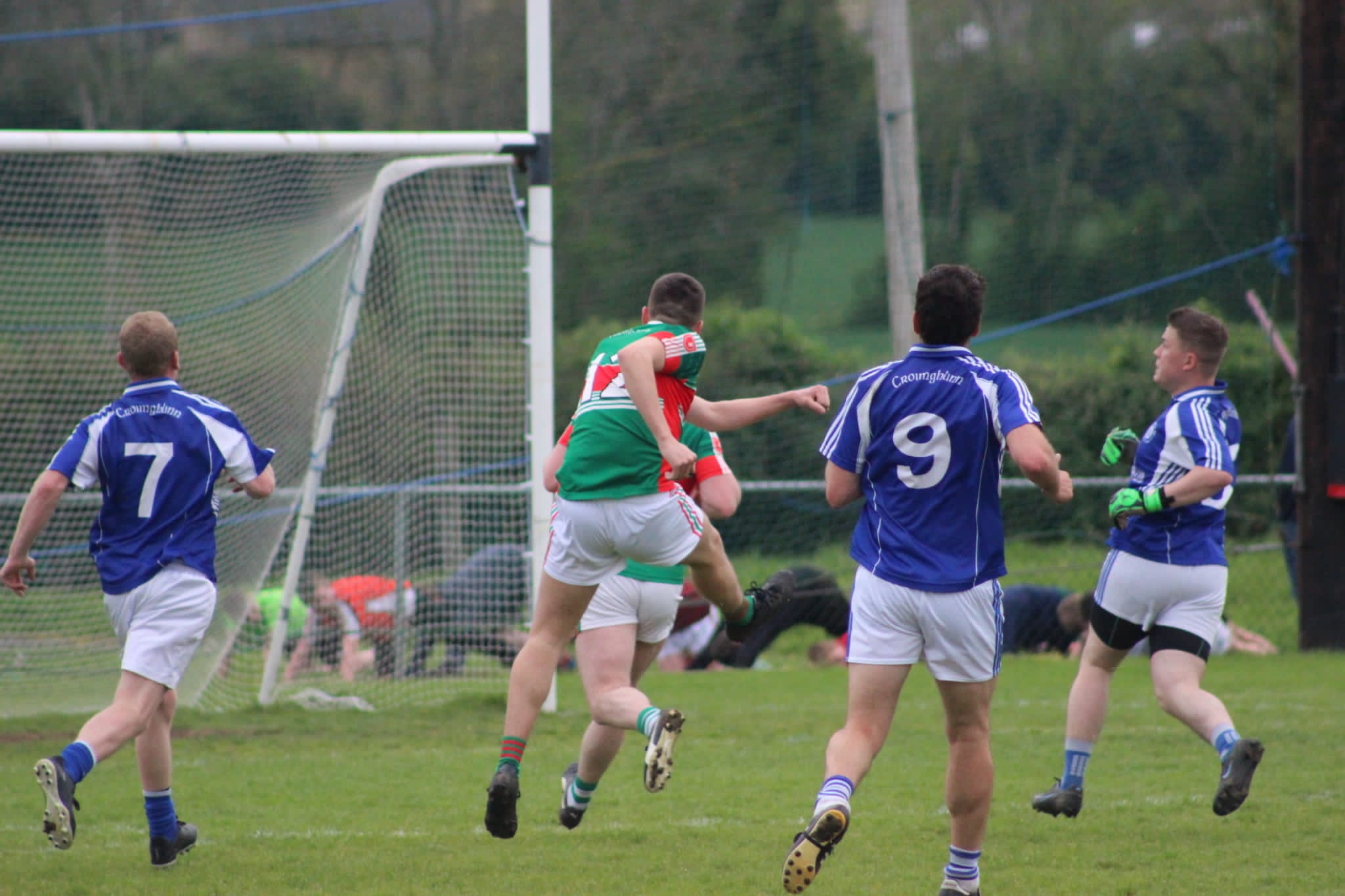 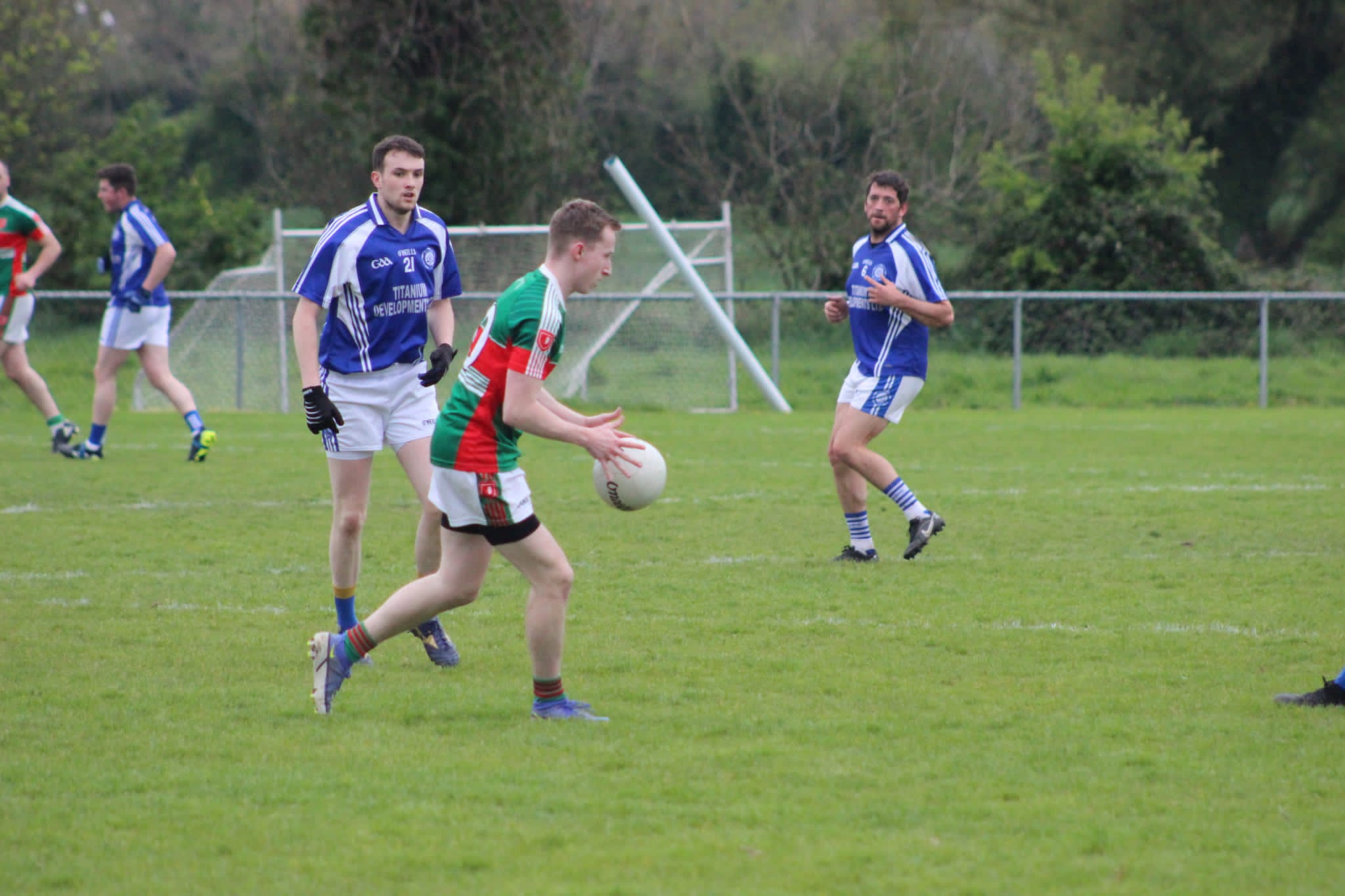 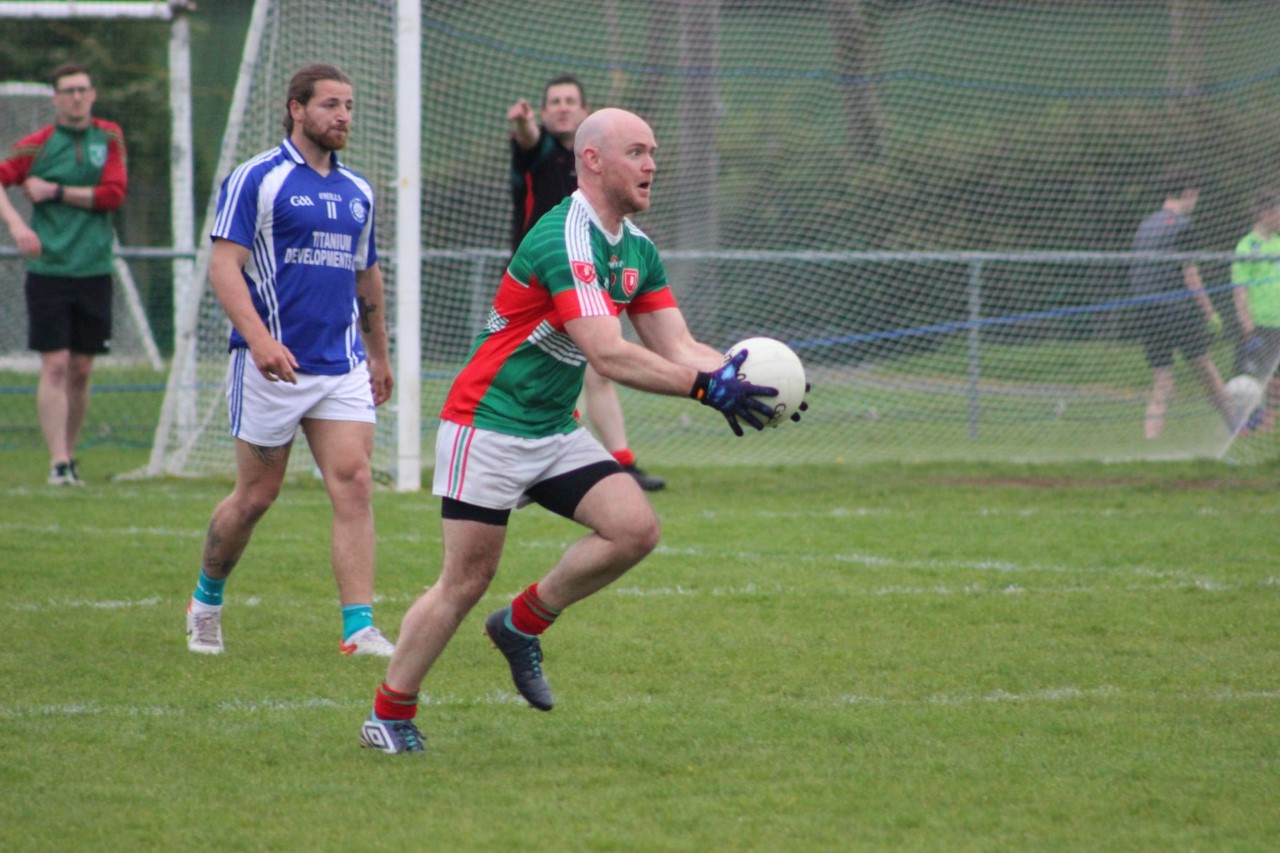 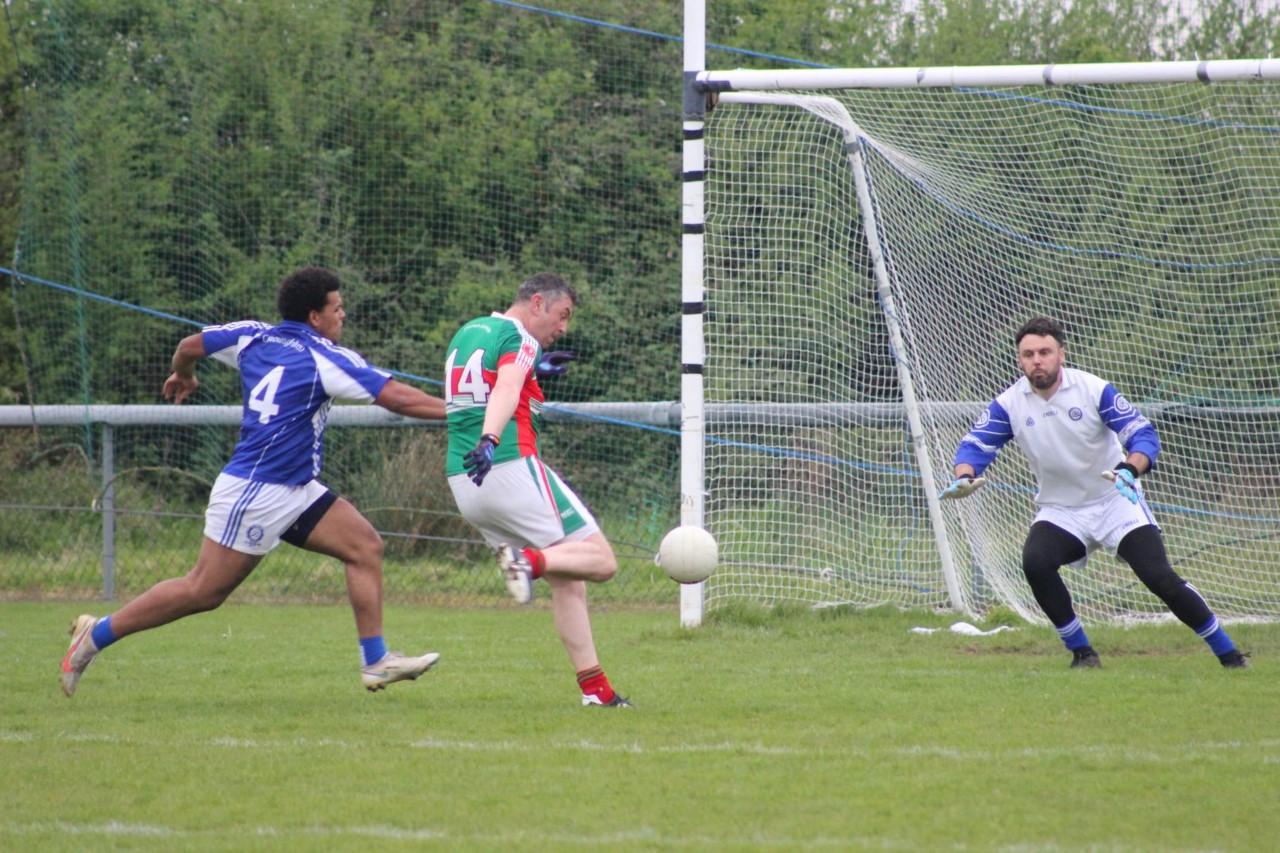 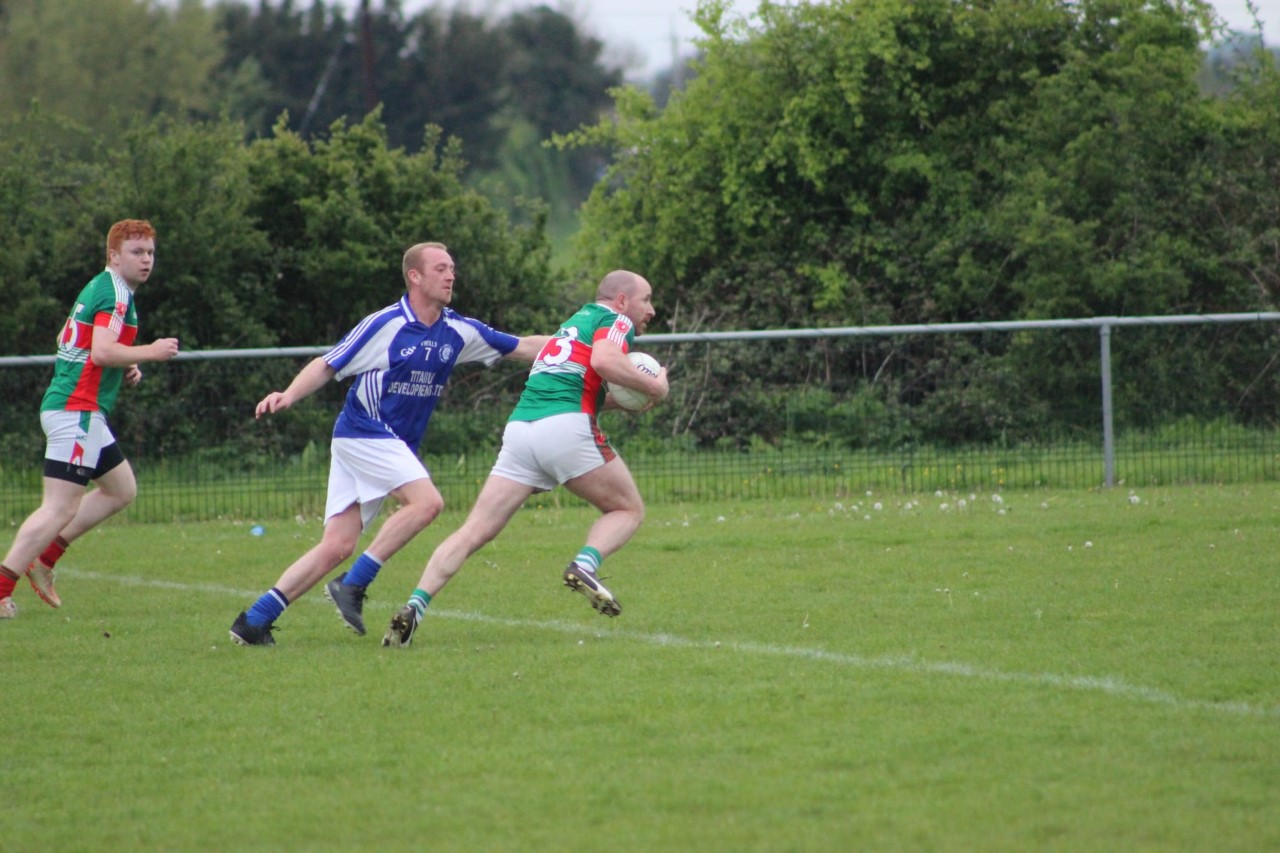 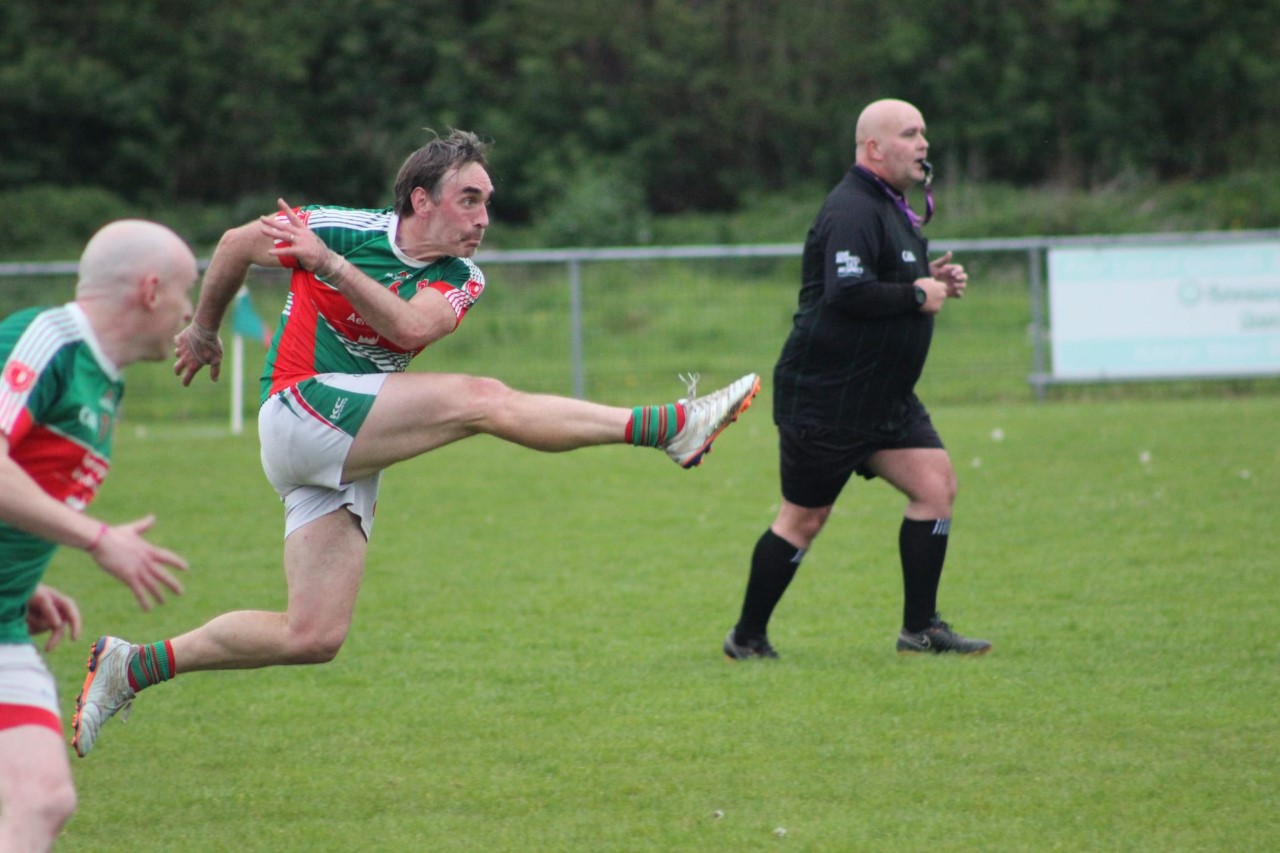 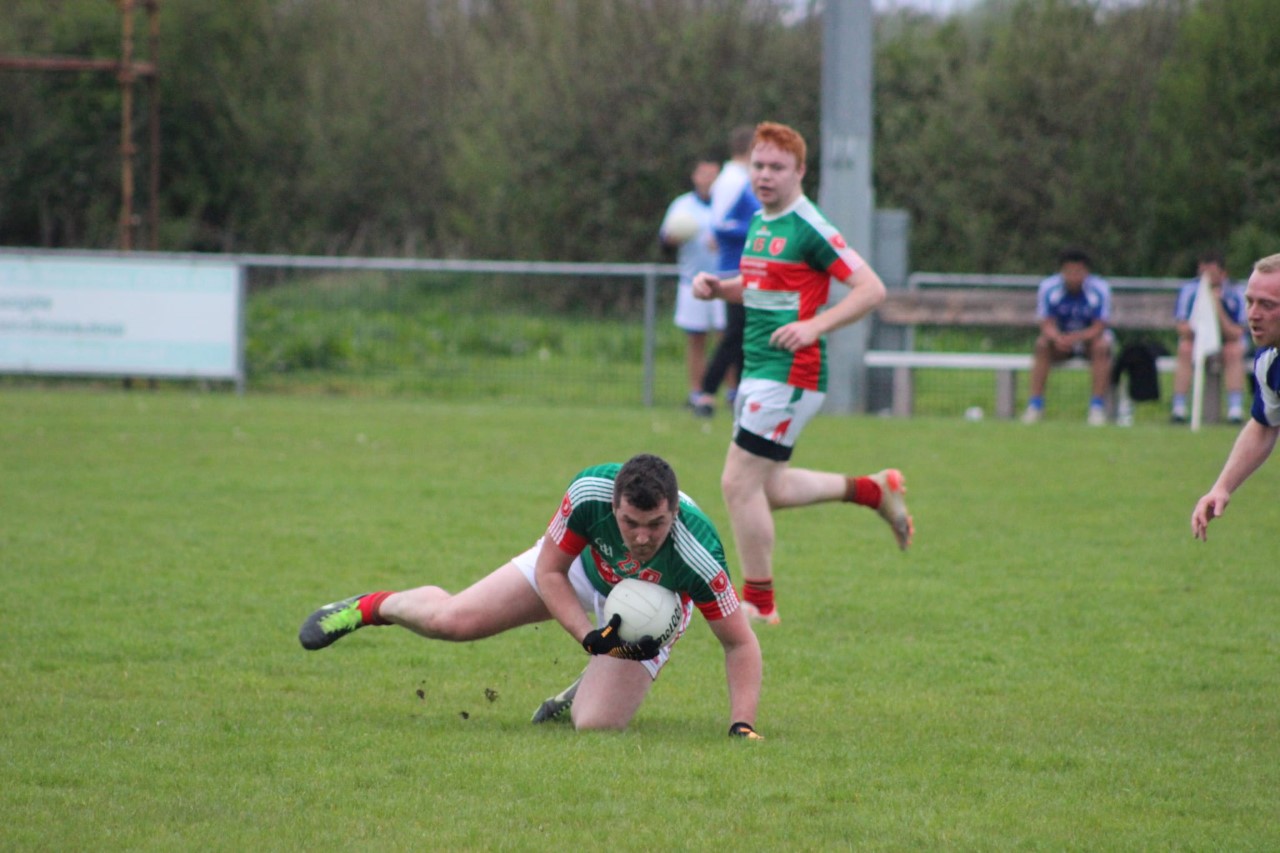 Congrats to Mary O’Grady who is our winner of the June Lu...

Pictures from our Community Day

Thanks to Katie Macintyre for some amazing pics from our...

We have a double header at home tomorrow night (Wed 15th ...

As the saying goes - we kept the best to last! Right fro...

The grass is cut and the pitches set up! Our Mini Fins, ...